HomeThe profile of the Sibyl on the Monte Bove

The profile of the Sibyl on the Monte Bove

Le Marche is a surprising and fascinating region. Wherever you look, from the valleys to the hills, from the mountain to the sea, every place of this beautiful land, still has a tale, a story, a legend handed down and remained intact for centuries. Without any doubt, the most popular is the legend of the Sibyl, an ancient priestess able to predict the future, whose home would be found inside the Sibyl Cave, located on Mount Sibilla, in the Sibillini mountains, that owe their name to her. The Sibillini Mountains have been, since ancient roman times, a mystical and dangerous place, destination and passage of monks, magicians, seers, and knights who have enhanced over the centuries their charm and mystery. 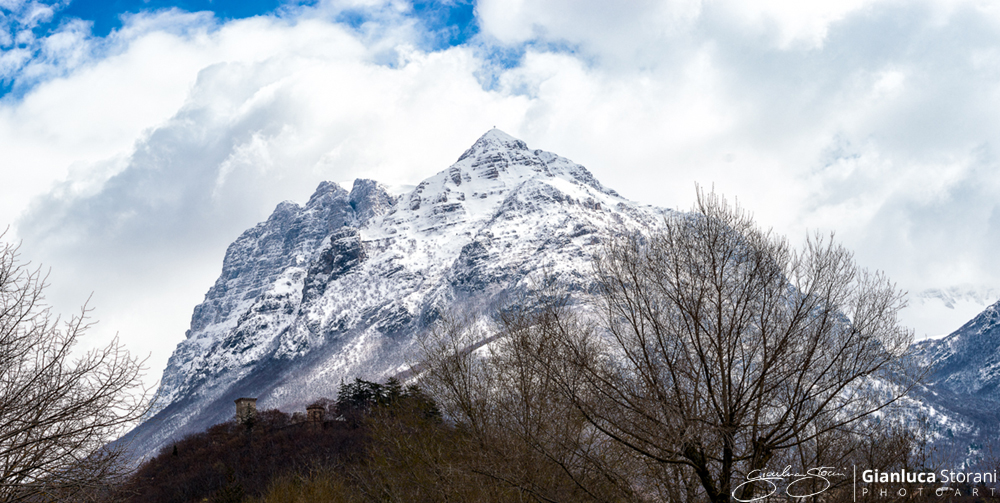 These considerations, between history and legend, were the basis for interpreting a picture taken from Ussita with views over Croce di Monte Bove. In the image, the mountain takes on a particular form, almost as to represent the face of a person partially covered by a hood, perhaps the same Sybil, or some other monk, or magician or knight forever linked to these enigmatic mountains . They are only suggestions arising from the imagination who is writing, but it’s nice to think that these mountains also have a face to be observed. 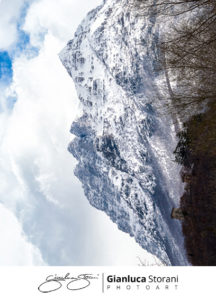 The profile of the Monte Bove 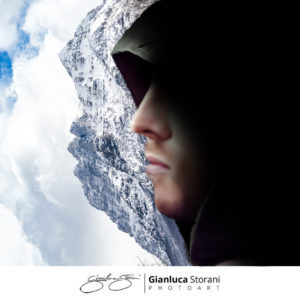 The profile of the Monte Bove with figure

The original photo, published on Facebook on March 27, 2016, was subsequently rotated by mistake by 90° from the original, so as to revealing its face. The rotation was then fixed at 77.77 °, the right inclination to better recognize and appreciate the face.